2022 has been a very challenging year. It feels as if we hopped on a train going full steam ahead throughout the year. And for some, it became a year of holding on. But in so many ways it made us stronger. We adapted. We evolved. Now, we are ready for what comes next.

However, you can't always push full steam ahead all the time. In order to have a successful 2023, it is important to look back and reflect on your wins and the things that made 2022 a success. Check out the Kwanza Jones 2022 Year In Review.

The one thing that made 2022 stand out the most was YOU! You showed up and stepped out. From following her journey through the Kwanza Jones Chronicles, to being a part of the Queen Moves Only movement, as well as you being here. Your support has helped Kwanza get closer to her goal of boosting a billion lives. From the Kwanzaverse, we want to say thank you.

We are so excited to share some of the highlights that made 2022 a success. This is Kwanza Jones' 2022 year in review:

In April, Kwanza Jones released her new song titled “Queen Moves Only, Mother’s Day Mix.” The song was created to honor the great Queens in our lives and the work they have done to pave the way for us. Queens come in all shapes, sizes, and demographics. That’s why the song is more than just connection and unity. It’s about love. It’s about making moves, whether you’re a King or a Queen.

The official music video was later released on Mother’s day. It had a powerful impact that sparked an online trend, motivating users to own their power and show how they make Queen Moves Only.

In May, the Boss Queen Kwanza was crowned Queen of the Starfish Ball, an annual event held to support the nsoro Foundation. They provide access to college education for youths aging out of foster care. The work they do is so critical. That’s why she made a donation of $250,000 to the foundation, funding a university education for 20 students. In addition, all nsoro scholars, past and future, were invited into the Kwanza Jones Boost Friends™ Community. This will provide them access to a next level network that allows them to create connections lasting a life-time.

Following the release of the music video, Kwanza donated $10,000 each to 3 amazing organizations that align with the mission and message behind the Queen Moves Only, Mother's Day Mix. Women's Reproductive Rights Assistance Project (WRRAP) and Girls Inc. are organizations that empower women. PFLAG is an organization that offers support to the families of LGBTQ+ community. This $30,000 donation allowed the organizations to empower and support more people.

On June 1st, Kwanza and the SUPERCHARGED® teamily made an impact in the lives of many by volunteering at the Los Angeles Food Bank. They spent 2 hours there and packed 3,648 boxes. It provided 58,368 meals for children, seniors and families. In addition to that, she donated $15,000 to provide an additional 60,000 meals, bringing it to a total of 118,368 meals provided in a single day!

To celebrate Black Music Month, the Queen of making moves Co-chaired the Apollo Theater Spring Benefit event and donated $250,000 to support Apollo’s performing arts, education and community building initiatives. For Kwanza, the Apollo Theater is more than just a performance venue. It has provided a space for voices to be heard where they usually wouldn’t be. That’s why she supports The Apollo.

More Now Than Ever Music Release

Kwanza released her new song titled, “More Now Than Ever” in August. The song was written in response to gun violence and other ongoing conflicts around the world. It is a powerful anthem of resilience and strength in times of uncertainty and doubt.

The official music video was later released in November, featuring a cast that represents the strength of diversity and unity.

In August, LA Tech Cares partnered with 9 Dots to raise $300,000 and support 5,250 students in Title I schools across Los Angeles no matter their demographic or socioeconomic status.

History was made in August as the Kwanza Jones and José E. Feliciano Halls at Princeton officially opened its doors for students to occupy.

After Kwanza and José gifted Princeton with a $20 million donation, the dormitories were built from the ground up. This was the largest gift to the University by Black and Latino donors, expanding the ability of Princeton to attract and support talented students from all backgrounds. It highlights the promise of diversity, equity, inclusion and belonging for the larger community.

The nsoro SUPERCHARGED internship program started in August. It lasted for 12 weeks and impacted 5 young women from the nsoro Foundation. It provided them with a paid opportunity and mentorship to boost their mindset, their skills, and their confidence to achieve their career and life goals. During the program, they created a community that will connect and provide resources to over 700 of their peers and build the foundation for a network of lasting relationships.

Bridging The Gap With Dragon Kim

On October 25th, Oliver Scholars received a donation from Kwanza, at the Oliver Scholars Gala. It is an annual event that raises funds for education, advocacy, and support services for gifted Black and Latinx students in New York City. The donation will support Oliver Scholars in its mission to provide transition support for the whole family, develop students’ social-emotional skills, and instill an ethos of giving back.

Just before the elections in November, Kwanza released a single titled "Rise," in response to the Supreme Court overturning the constitutional right to abortion and the legislation of women’s/female’s bodies.

She also released another single titled “Enough,” to inspire action and boost get out the vote efforts during the elections. The song was also written in response to gun violence.

2022 was a tough year. It was never a straight path. But we chose to bet on the dream to boost a billion lives.

2022 is over, but the mission continues. Sign up for the Kwanza Jones Chronicles and follow Kwanza’s journey in 2023, as she goes on to boost humans and humanity through culture, community, and capital.

Own your power. Live your purpose. Be of service. 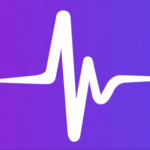 Now Is The Moment. We Must RISE